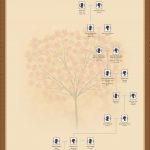 HITCHENS Winifred Mary, aged 86. Formerly Taylor, Hickman, from Truro and Kings Lynn, Norfolk. Beloved wife of Trevor (deceased). Imperious and beloved mother to Roger and Clare Taylor. Grandmother to Sophie, Felix, Rory, Rufus, Tigerlily and Lola. Cremation and ceremony at Trelawny Chapel Penmount Crematorium, Truro 1pm on Tuesday 22nd November 2011. Family flowers only. People are invited to join us at the Alverton Manor Hotel, Truro afterwards in celebration of Win’s full life. We will miss her. – Originally printed on November 17, 2011 in the Cornwall and Devon Media.

Dominique Marie Taylor (de domo Beyrand) – was born 26 April 1952, she is of French descent, first meeting with Roger at the Queen’s concert in Hyde Park (September 1976), she was working for Richard Branson at the time. They lived together from 1980 to 1987, with Roger has two children: Felix Luther (1980)  and Rory Eleanor. 25 January 1988 couple marry in order to protect their children’s interests in the future, with Freddie Mercury and Mary Austin signing the register as witnesses. Roger and Dominique are still friends and they got divorced before 2010. She is director in Byron and Marlowes Courts Management Company Ltd.

Deborah (Debbie) Jayne Leng – was born 6 April 1963, Newton Ferrers, Devon, England, UK. First meeting with Roger while shooting video The Cross “Indian and Cowboys” (21 September 1987). We can watch her in the Queen’s videoclip “Breakthru”. Debbie and Roger have three children: Rufus Tiger (8 March 1991), Tiger Lily (10 October 1994) and Lola Daisy May (9 April 2000), before separating in late 2002. Debbie is international model and actress. She graduated in Laucheston College in 1980. Most famous advert with her Cadbury’s Flake. She working for agency Models1. On March 2011 Debbie launched own designed clothes Fab Deb Designs. She has younger brother Toby Burgess, he is modern architect.

Felix Luther Taylor – was born 22 May 1980. He is son of Dominique and Roger. Felix inspired his father to write Queen’s hit “Radio Gaga”. Felix attended at Bedales school and at Chealsea College of Art, graduating at the University of Sussex. He worked at Wand Agency as Account Director. Felix also plays drums and played with his father in the duet Felix & Arty. They released their only single “Woman You’re So Beautiful” via iTunes in October 2006. With sister Lola recorded and composed song “Moon Runners”. His debut in acting was in 2010 for a role at the BBC Radio, and also has acted in commercials, stage and TV. He played in “Solitary” (2015), “Whale Bone” (2015), “Close But No Cigar” (2016).

That came from my little boy who goes around saying ‘Radio popo’, in French [his mother is French].

Rufus Tiger Taylor –  was born 8 March 1991. His middle name Tiger was given by Freddie Mercury. He is son of Roger and Debbie. Rufus is a drummer like his father. He dropped out school and completed a skiing course in Verbier advised by F1 champion Damon Hill, and went to a London drum college on his return to the UK. Regular performances since December 2008 (Royal Variety). He already was in few bands but nothing was serious. He played the drums on the Queen’s musical “We Will Rock You” in London. From 2012  he played drums and percussion at the Queen + Adam Lambert concerts. In 2015 he joined The Darkness as their drummer. Rufus met singer and horse breeder Kimberley Poby, now he dating with New Zealand model Jessica Clarke.

Tiger Lily Taylor – was born 10 October 1994. She is daughter of Roger and Debbie. Lola Daisy MayShe is an English fashion/runway model, photographer and philosopher. She had signed for Select Models Management talent agency. Tiger Lily appeared at the April 2013 issue of Tatler magazine. Her first magazine cover was the September 2013 issue of Teen Tatler. Now she modeled for different brands. Tiger Lily had her A-levels in English literature, philosophy and photography at Collingham in London. In late 2014 she started dating fellow Select Models’ Henry Pedro-Wright. She is studying English Literature at the University of Sussex.

Lola Daisy May Taylor – was born 2 April 2000. She is daughter of Roger and Debbie. She attended Bedales School. Her first modeling shot was on the February 2015 issue of i-D magazine, the Music Issue. On July 2015 appeared along with her older sisters at the Tatler’s supplement “Watches and Jewellery”. In early 2016 she modeled for Delada. With Felix recorded and composed song “Moon Runners”.