Spitfire creates rock history with three legendary drummers recorded at one legendary location. A new benchmark in drum sampling, this is an anthology of playable kits and an exhaustive selection of searing loops all with sympathetic mixing options. 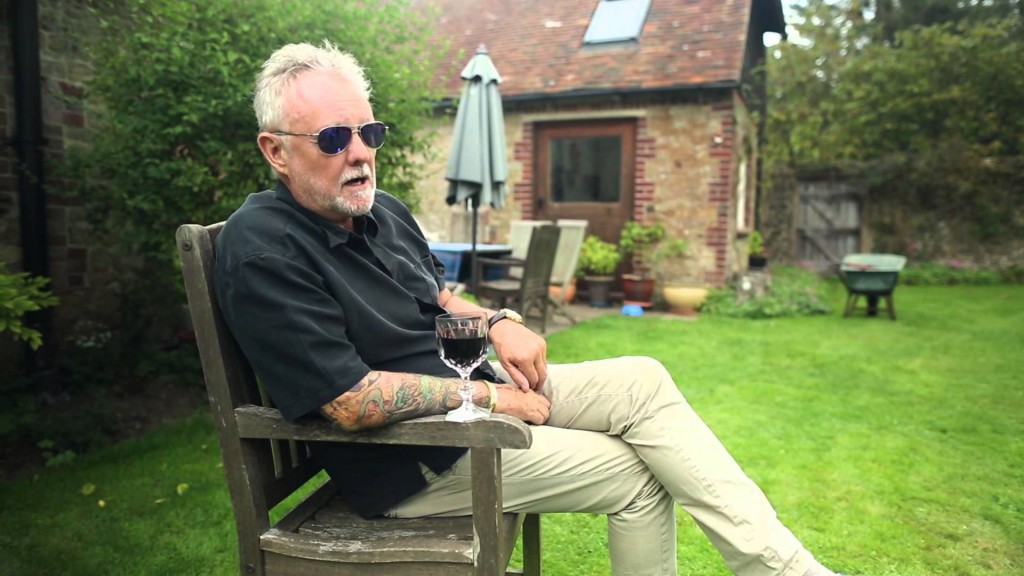 Spitfire proudly presents three legendary drummers recorded in one legendary location… Headley Grange. Anyone with a modicum of historical rock music knowledge knows that this former Victorian workhouse, a private — some say haunted — residence nestled in the heart of England’s rural Hampshire, has played host to some of the most influential Sixties and Seventies recording artists that this country has produced, with fellow Brits Bad Company, Fleetwood Mac, and Genesis all spending some productive time there. This unassuming family home really made its mark on the rock music map with the timely arrival of the legendary Led Zeppelin, who made some remarkable recordings there when writing parts of their eponymous Led Zeppelin III and Led Zeppelin IV albums, as well as their Houses Of The Holy and Physical Graffiti fifth and sixth album followups, between 1970 and 1975. Indeed, it was here in 1971 that producer Andy Johns and drummer John Bonham conspired to create what has come to be regarded as the definitive rock drum sound for Led Zeppelin IV closer When The Levee Breaks. Sampled (early on by British synthpop pioneers Depeche Mode and many more since) and long since imitated on a legion of rock recordings, Roger Taylor of Queen — no stranger to distinguished drumming himself — has described it thusly:

“It was the benchmark — the sound that so many people strived for. It just sounded like thunder. We were like, ‘Wow!’”.

It has been 40 years since the house was used for such thunderous activity so it is with great honour that we, Spitfire Audio were invited in to make one last set of recordings. With such a historic burden resting on our shoulders we set about assembling the best cast and crew for such an endeavour.

The Grange is an exhaustively produced drum library that aims to pick up where those legendary bands left off. To see what other legendary drummers would make with the space and their searing talent and to see what new definitive and classic sounds could be made in this hallowed space. We welcome Chad Smith of the Red Hot Chili Peppers, Roger Taylor Of Queen, and dance stalwart Andy Gangadeen whose numerous percussive adventures include work with Massive Attack, Chase & Status, Rudimental and Labrinth.

Spitfire Audio achieved the unthinkable by convincing the owners of Headley Grange to allow an assembled crew of outstanding talent to record a final set of sublime sessions spread over a five-day productive period during summer 2014 — remarkable, really, since nothing had been recorded there for 40 years prior to those doors being opened one more time. With a remote recording studio set up ready to capably capture this once-in-a-lifetime opportunity to work with three of the best drummers in the world, when arriving at The Grange to do what he does best Red Hot Chili Peppers’ Chad Smith duly declared, “I’m home!” He then promptly proceeded to kiss the floor of the hallowed hall before playing his heart out! As an ardent fan of Led Zeppelin and John Bonham, it only seemed fair that Smith should be the first to follow in Bonham’s footsteps and subsequently set about creating an awesome set of loops, breaks, beats, and multi-sampled hits for future generations of music-makers to incorporate into their own productions.

The following day saw Spitfire Audio’s privileged production team being joined by rock royalty incarnate as Queen’s Roger Taylor delivered some highly distinguished drumming thunder of his own in that same space. He will rock you, indeed!

Completing this triumvirate of percussive power, session stalwart Andy Gangadeen (Massive Attack and many more). As one of the most popular drummers in the UK — one whose interest in electronics led him to develop techniques allowing programmed sounds to be realised live through his kit, Gangadeen genuinely succeeded in bringing his own unique percussive take to The Grange, gushing, “It’s a once-in-a-lifetime opportunity to be in this space — something that will never leave me, so thank you!”

Working with these three outstanding performers permitted Spitfire Audio to ultimately create a modern-sounding, versatile set of superlative samples, recorded via a combination of the finest and rarest classic mics, preamps, and a two-inch 24-track Studer multitrack recorder, ready to be transformed into a flexible sample-based virtual instrument to die for. For it was always Spitfire Audio’s artistic intention to professionally pick up the Headley Grange recording baton where those influential recording artists had long since left off and forge forward to sow the seeds of something new — namely, a definitive drum sound for music-makers the world over. The result? Historic sampling for the future is now here for anyone to hear in THE GRANGE. Getting his hands on a beta version, Spitfire Audio Director Christian Henson — an award-winning composer in his own right— had this to say: “At last here is a drum library that sounds like a standout set of recordings and performances — the kind of drum sound that would make you put down your newspaper if it were to come on the radio. As with all Spitfire Audio products, we endeavour to have things spring out of the box, but with this one it violently kicks its way out, violating your senses in all the right ways! The library is a combination of three deeply sampled kits with every hit played by three drumming legends alongside an embarrassment of grooves, loops, phrases, and rolls. Spitfire Audio’s decade-long experience in building the finest sample instruments in the world delivers also on a classy, easy-to-use interface that allows you to tweak away with ease.” 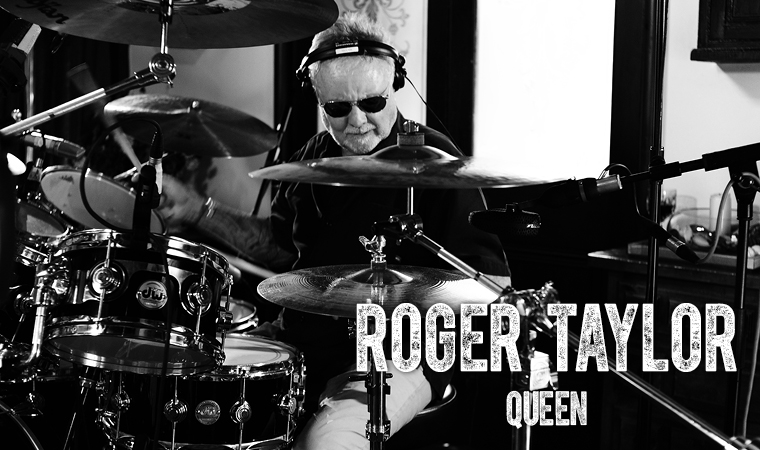 As one of the most influential rock drummers ever, Roger Taylor’s unique style, dynamic playing and memorable riffs, set him apart from his contemporaries. His playing in Queen remains integral to their arrangements; clever, inventive and always with that signature sound.

A talented songwriter (Radio Ga Ga, I’m in Love With my Car, A Kind of Magic), singer and multi instrumentalist, Roger continues to curate the Queen legacy as well as exploring his own musical collaborations.

Roger, along with Queen, was inducted into the Rock and Roll Hall of Fame in 2001.

To say The Grange is an embarrassment of riches is an understatement. Each drummer has kindly gifted us a deeply multi sampled kit with every note played by each legend. They have also provided us with an epic anthology of literally thousands of loops. From simple straight up grooves to ‘signature’ beats that only these guys could provide.

It is Spitfire Audio’s mission to provide music makers with tools that offer an enhancement to our working lives. So this award winning group of composers, producers, engineers and technicians didn’t set out to re-invent the wheel. But simply to make it work better. The goal was singular. Make it spring out the box, make it sound like a Grammy winning, Brit garnering, Ivor Novello awarded recording. Make it work without fiddling, and make it load up and play without having to turn the f***ing hi hats down.

Nick Taylor our engineer who tracked these historic recordings from conception to completion has done us so proud. The finest rarified selection of mics were enlisted to trustfully capture the magic. He used a bespoke selection of Neve and API pre-amps and, in what is a drum-sampling one-off, used the finest 2″ Studer tape machine in the UK today. This matters. If you’re using a drum library that isn’t recorded to tape, it won’t sound as good. It is rare for us to state such a fact so arrogantly. But after A-B-ing the two signals we have to agree with Roger Taylor; “It just sounds better”.

There is a huge number of mix options on The Grange from Nick Taylor’s fabulous 3 mixes (Tight, Mid, Epic) which just spring out of the box. Our brief to him was “we want a natural sound, don’t give us something that sounds mastered, we want you to imagine that point in tracking an album where having got a great drum take down and you’re so happy with the sound you’re kind of dreading having to add guitars and vocals, give us something that you can’t wait to slam a compressor onto, something that people can work with”. And he did us proud, not a single plug in was armed in providing these mixes, he instead enlisted the fine and pristinely maintained Cadac desk and awesome selection of vintage and modern outboard of Air-Edel studios, London.

Alongside his mixes are numerous different tweakable perspectives to give you the chance to “easy tweak” all the way to creating complex multi tracks of your own. Mixes and perspectives that are largely reflected in the loop library. So grab one of Andy’s awesome hi hat grooves, then load his kit to work up the beat that you want. 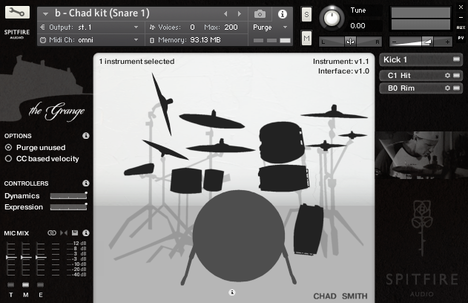 Click on the little loop lamps (the little dots) to load up an array of groove wonder spread across your keyboard. In the “general” tab you can then hit “sync to tempo” and the groove will match that of your sequence.

A QUICK KEY TO WHAT DIFFERENT PERSPECTIVES, MIXES AND MICS WE’VE PROVIDED YOU WITH: