The Shores of Formentera

The song emerged for the first time on 10th November on the newly made official Roger Taylor website as a background music. Although it appears to promote Fun on Earth it sounds like 1983/1984 recording. It is mainly an instrumental song. The song does not feature on the 2013 relelease of Roger Taylor’s The Lot box.
Formentera is a Spanish island just below Ibiza.

This version was used on a single, and because it was supposed to be played in UK radios it was cut a bit (so the radio mix is just edited version). The words are a bit different. It was used on a single. It uses echo effect. Production: Chris Thomas. It is sung a bit different, especially the line “surrender, there ain’t much here!”. It also features Treana Morris on backing vocals. And the song fades out. Featured on Surrender CD single no 1, 7″ single and Netherlands CD single. Also called single mix.

Surrender (live at the Cyberbarn)

This show was one of Roger’s greatest solo concerts (in my opinion) and took place on September 24, 1998. He did very well there and all the songs he played there had their style. And every song had sth special to it – nothing like sining it all over again with no love 😉 I really reccomed this one, it was put on “Surrender!” CD single part two (together with video from Cyberbarn – video of this particular song) and excerpts from this song you can also find on VHS Making Of A World Record (issued 1999 and sold via Internet only – by Virgin Radio). No Treana Morris there, she didn’t took part in that Cyberbarn gig. The concert was produced by Joshua J. Macrae and Roger Taylor.

A B-side to the single Surrender (issued in all formats). It is a bit dance like mix, but still has sth good to it. Starts with typical disco music and the voice is put through some kind of voice machine, but differently to the album version. Like the song was digitized. Produced by Joshua J. Macrae and Roger Taylor.

Features Treana Morris as background vocalist. The version is almost the same as the album one, but it lacks some ending. Produced by Joshua J. Macrae and Roger Taylor. Featured on Surrender CD single no 1, Netherlands CD single and 7″ picture disc.

No More Fun (live at the Cyberbarn)

This particular version from the Cyberbarn gig is just great!!! The most lively version I’ve ever heard. A great voice of Roger Taylor and a great performance. Used on Surrender CD single no 2.

There comes chorus earlier to original version. It also lacks some instrumental fragments – singing “I got the pressure on” comes earlier, while singing ‘aaaah’ ;). It is shorter to the original at about 1 minute and a half. It was released on UK orange vinyl single & CD singles to Pressure On.

Used as a B-side to Pressure On single, but to the version issued later, while fighting Mr Murdoch and his wish to buy Manchester United (a special single was issued – on that occassion). Roger gave 10.000 pounds to fight Murdoch (as his son Rufus Tiger supports MU and is (was?) a big fan). It is kept in the convention of its original version, but many Queen fans say this version souldn’t exist. I don’t agree there.

It was used as a B-side to Pressure On, 7″ UK orange vinyl and UK digi-pack CD single. It starts with “one night stand” words (the same as t the end of CD Electric Fire), then is that ‘ouuhhh’, and then the version seems the same as 12″ mix.

It starts with additional ‘auuuu’ at the beginning. Musically it is a bit differently arranged to the original one. Roger (at the beginning) sings the words ‘tonight’ and ‘me and you’, then after comes the verse itself. Instrumentally it sounds a bit like the acoustic guitar was put through some kind of sound machine. Prepared for the Pressure On single but never used.

Very similar to the above listed Tonight 12″ mix but it has more voice over and the singing starts later. It’s hard to say how this was cut exactly, it would take hours to compare all the versions and to tell you exactly. Maybe one day I find time for that. Prepared for the Pressure On single but never used.

Tonight (live at the Cyberbarn)

Used on a Surrender single, on CD 2 (called Surrender Live). Live version from the Cyberbarn gig. Great and peaceful. More bvc’s than the original version and one hears this. It also has background ‘arriva, arriva’ voice 😉

Starts more like Indian song, some echo sound is added, the whole song is arranged a bit differently. But still it is good. This mix didin’t make it sound like crap. Some more drums are added and also some spoken words, but not by Roger. It was used as a original B-side to Pressure On, 7″ UK orange vinyl single & UK digi-pack CD single.

It was an additional song to “Electric Fire” album. Some samples were put online for people to download aand to send back their mixes of the song. Later it was put on Taylor’s official site, and it had special access code – you had to buy a CD version of the album and at the end of it was the code verse. It was “One Night Stand”. Today the site doesn’t exist anymore. The song itself is that middle one I would say. For his 2013 Fun on Earth album Roger came back to that song and finished it properly being now one of the best songs on the album. Issued as 1998 digital download plus on The Lot box on Roger Taylor Solo Singles 2 CD, later as the new version on Fun on Earth (including the album on The Lot boxset).

Completely differently arranged to the The Cross’ version. But great though. Recorded when Roger met Yoshiki in L.A., in One On One Recording studio. Used as a B-side to Foreign Sand single (12″ picture disc & regular CD single) and also on Japanese album – instead of Dear Mr. Murdoch. All credits as in Foreign Sand (single version) (listed above), except for drums by RT. Duration: 5:26.

It contains samples of Hitler’s speeches, that’s why it wasn’t issued in Germany. Remix by Danny Saber for SOS Management. Issued on black vinyl promo (NAZIS 4) and CD single only. Duration: 4:23.

This is probably the most ease of all the Nazis mixes. It has some extra synths and stuff which makes it sound different. Remix by JJ Macrae, additional analogue synths by Matt (the head) Hillier. Issued on 12″ regular single, 12″ promos (NAZIS 3 & NAZIS 4) and CD single. Duration: 4:01.

This version of the song is actually its first. But English radios considered the song’s words too strong and Roger decided to change them a bit. Below how it looked like before and now:
“We gotta kick those f*****g nazis” / “We gotta stop these stinking nazis”
Roger had some troubles with that song and its video. It showed Hitler with his nose getting bigger and bigger – and the theme of the song was *unpleasant* to radio stations. Roger gave some short tv interviews for MTV News to explain his position on that. The version stays unreleased.

Official B-side to Happiness 7″ green numbered vinyl single. Really great song and a great performance. It’s obvious it’s Roger’s song (although credited as Queen). But it also suits him and his voice. Strangely enought, it stays out of the Roger box The Lot.

I Want To Break Free (live at Shepherds Bush Empire)

Available on CD single to Happiness. Not that good version as a Queen one, and probably not the best Roger concert (15 September 1994 at Shepherds Bush Empire in London) – although still a good one, with great moments like Dear Mr. Murdoch or Loneliness…, which were used only on Happiness CD single. Strangely enought, it stays out of the Roger box The Lot. Duration: 4:10.

Issued as a B-side to 12″ picture disc single of Happiness and later on The Lot compilation on Roger Taylor Solo Singles 1 CD. Duration: 3:57. This song seems like Roger wanted to shout out to the world what he had to say. It also includes some voice modifying in the middle and lot of guitar at the ends. Along with fast ‘everybody_hurts_sometimes’ words (_ means break while talking).

This is always a great song and no harm can be done to it. This can be sung similar to the album version as this is not a complex song. Although it is complex in it’s meaning. Issued as a B-side to 12″ picture disc single of Happiness and later on The Lot compilation on Roger Taylor Solo Singles 1 CD. Duration: 3:07.

This was an A-side to Strange Frontier 12″ version single. Very good version of that ‘most loved by fans’ song. Lots of extra percussion and longer intro, as in the video version (underwater sounds). Appears also on The Lot compilation on Roger Taylor Solo Singles 1 CD as ‘extended remix’.

It has longer instrumental intro (1:55), and chorus is repeated more times. It lasts 6:06 min. Appears on the Man on Fire 12″ single and The Lot compilation on Roger Taylor Solo Singles 1 CD.

The song from 1984 was used as a B-side to two The Cross’ singles (but the live version was by The Cross). It sounds differently to the original one and The Cross played it a bit different than Roger solo. It was a B-side to CD Final Destination and its slightly different edited version was B-side to CD single and 12″ single of New Dark Ages. The first version has some extra Roger spoken word and some people cheering. The second is edited and though shorter. But the music’s the same.

I Cry For You (extended mix)

This was a B-side to Strange Frontier 12″ version single. Remixed by John Deacon and Mack. It has longer instrumental intro. Appears also on The Lot compilation on Roger Taylor Solo Singles 1 CD as ‘extended remix’.

I Cry For You

On the 7″ single titled only I Cry for You it is in fact a shorter remix by John Deacon and Mack (sometimes unofficially called ‘edit’ or ‘remix’ but it’s the same version). It was used on 7″ Strange Frontier single, but NOT the US 7″ (which had album mix instead). Appears also on The Lot compilation box on Roger Taylor Solo Singles 1 CD as ‘single remix’.

This was a B-side to 12″ Strange Frontier single. Written by Roger Taylor. It later appeared on the Roger compilation The Lot on Roger Taylor Solo Singles 1 CD.

This version is taken straight from the Marc TV show which first aired on Granada TV on 24 August 1977. Some people say it was fake, but actually the video exists, Roger performed solo for the series and it was issued on Marc’s official DVD on 30 January 2006. 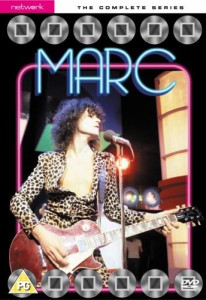 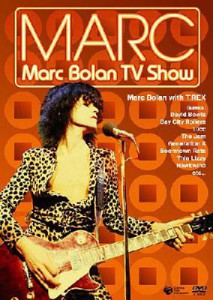