Roger gave his time to charities.

In July 1983 he took part in a charity Power Boat race in Poole, Dorset. It was held in aid of Cancer Research. Roger Taylor, along with Gary Numan assisted Tony Fletcher (driver) and his son Giles (navigator)speeding a boat called Air Canada Cargo; the boat came second! They received a trophy, medals and Roger got a medal for being a ‘celebrity’. 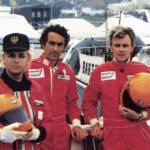 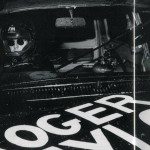