Rock Aid Armenia was bunch of musicians getting together to record a remake of Deep Purple’s 1972 hit “Smoke On The Water”. This version guest two of DP’s musicians, Ian Gillan (vc) and Ritchie Blackmore (gtr). All the musicians played together, only Ritchie did his part separately. Other musicians include Brian (gtr), David Gilmour (gtr), Chris Squire (bass), Bryan Adams (gtr, vc) and others, maybe I’ll list them all one day… but the best thing was Roger was the only drummer! I like that version very much although it is completely different from the original one, much like the times in which it came to life.

There is a video accompanying the charity single and also a video of how it was all recorded. In both Roger appears. Great vocals by Gillan there, and once again, different to the original ones, and to those he does these days. The song also appeared on “The Earthquake Album”.

This was a time for charity singles, and “The Stonk” was one of them. It did well, being number one single. And it was done for the Comic Relief charity. Here we have many well-known musicians and Roger is one of them, playing drums. These are, like Rock Aid Armenia mostly, Dave Gilmour, Tony Iommi, Cozy Powell, Judie Tzuke and more. The video of that also exists. Not really my type of song.

1992 issued the album “The Epic Years”, from which comes a single “Radio”. Roger plays drums here. The video to that song also exists and Roger’s behind his kit in it.

Rog was one of the lead singers in the song called “That’s The Way God Planned It” – he sings part of song (chorus mostly) and does bvc’s. This one comes from the album called “SAS Band” (‘blue’, 1997). It also have The Cross’ remake, “Dirty Mind” from “Blue Rock” album (written by Edney), but it hasn’t got Rog in it. 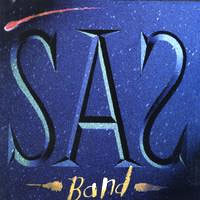 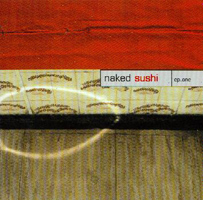