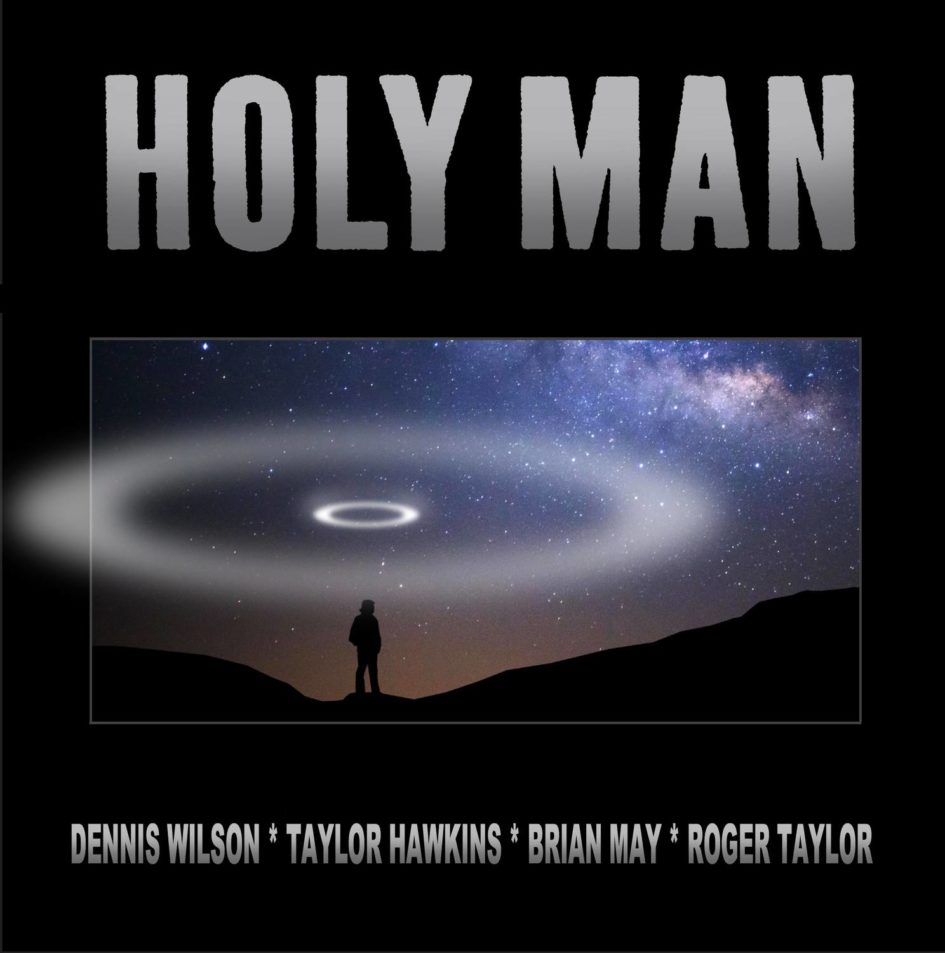 Dennis Wilson’s unpublished song Holy Man was finished by Taylor Hawkins of Foo Fighters in 2008. He recorded the song back then with additions from Roger Taylor and Brian May but finally a Taylor Hawkins only version appeared on the remastered Dennis Wilson album Pacific Ocean Blue (it’s not clear whether Brian May didn’t like the final mix or the Wilson producers rushed and did not include Brian and Roger). The Hawkins – May – Taylor Version was waiting for its release until now. It was released on 13th April 2019 as a 7″ vinyl single for Record Store Day, and released digitally on 19th April 2019.

The 7″ cover was designed by Brian May.